Lucky Columbus: the Weather Aspect of the Discovery of America

What would have happened if Columbus had not reached American shores or had not returned to share his discovery with the world? Get a meteorological perspective of the historic trip and find out why Columbus' voyage was so smooth!
Share on Facebook 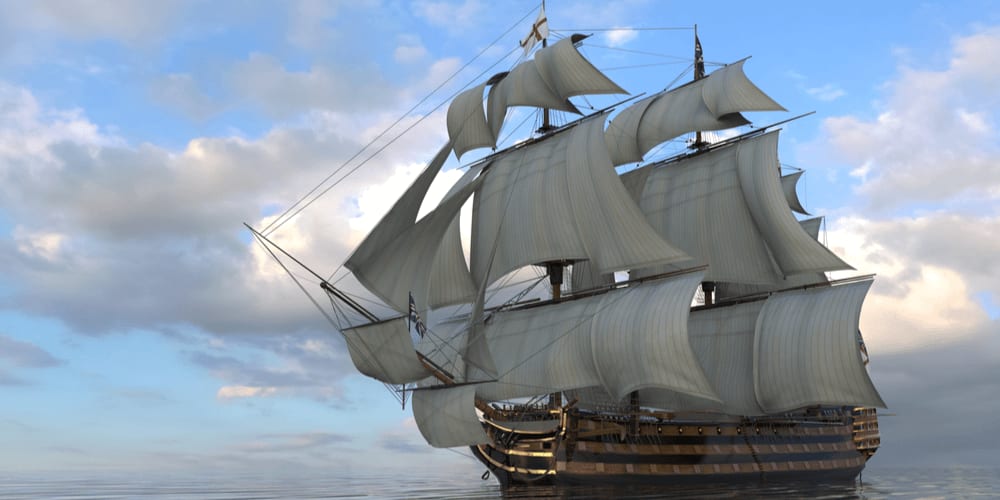 The day on which Christopher Columbus discovered America is undoubtedly one of the most important days in world history. And we dare say that the weather - namely, wind and wave - played no small part in the exploration of the New World. In fact, they have hardly been more important to anyone than the mariners of the old times.

So, in 1492, Columbus "sailed the ocean blue". In fact, it WAS blue and blue was the sky, too, hence the success of the whole voyage! Let's elaborate: when Columbus set sails from Portugal in 1492, the Western Atlantic hurricane season was in full swing. But scientists reconstructed possible weather situations from Columbus' logbook and found out that - amazingly - his 3 small ships cruised the West Indian Islands under generally calm weather conditions: no storms or hurricanes plus abnormally strong easterly winds for his sails.

As Columbus' fleet approached the American waters, its course was influenced by a cold front pushing off the Florida peninsula. If it had not been for this front, Columbus would have most likely made landing in Florida or Carolina, instead of San Salvador and Cuba.

To be fair, Christopher Columbus was led off his course a few times due to inaccurate compass readings and unfriendly trade winds. But this only played into his hands, as he arrived at the West Indies in late hurricane season and was not affected by the tropical cyclone.

The way back home was not as fortunate, though. Columbus' fleet encountered a fully developed extratropical cyclone in the Azores region. Two weeks into their return voyage, the ships were held in gale-force winds by a series of three rough storms for as long as six days! Luckily, Columbus had not got into the fierce northerly sectors of the cyclone, and when the last of the three storms had almost devastated the flimsy crafts, the land was sighted! 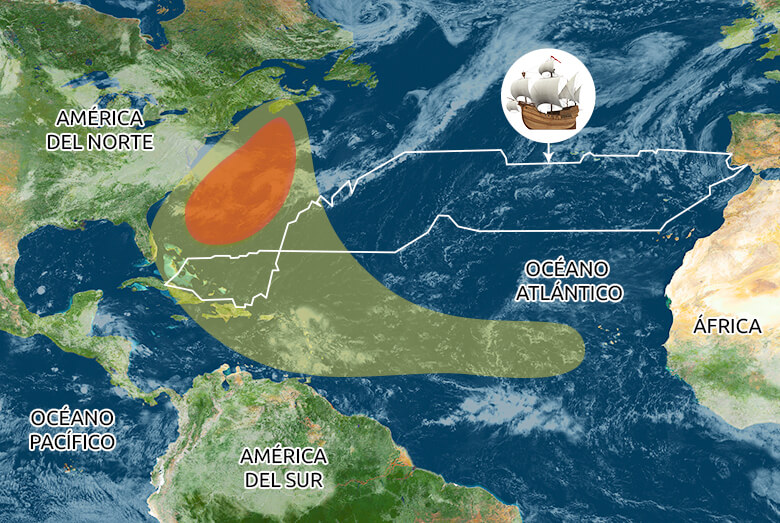 Here's a map of the route Columbus took on his debut voyage to the New World. The yellow area shows where the tropical storms were most likely during the hurricane season in 1492 (August-September). The orange area shows where they shifted in October.

Columbus may have been a secret pioneer meteorologist or an extremely fortunate mariner but either way, we're happy that it was him who changed history, not some hurricane or tropical system! Happy Columbus Day!

Quick quiz
Test your knowledge of the USA now!
Play now
American Inventions Everyone Should Know About
Every true patriot knows about the impact of our fellow countrymen on the technological progress. Let’s see what American inventions have changed the world.
PatrioticQuiz
The Spectacular Golden Gate Bridge
The Golden Gate is recognized by everyone, but there are some facts about it most people don’t know!
PatrioticQuiz
We use cookies to improve your experience on www.patrioticquiz.com and to show you relevant content and advertising.
To find out more, read updated Privacy Policy
OK